Where'd all that hair go?

Born in Passaic, New Jersey, I moved to Baltimore when my father took a call to become the pastor of Emmanuel Hebrew Christian Presbyterian Congregation in Baltimore County. I grew up there with a dual religious heritage: Jewish and Christian. My late twin brother was a practicing Hebrew Christian, but while I recognize and honor my Jewish heritage, my religious expression finds its home in the Presbyterian Church.

Life sometimes contains lessons I did not know I needed to learn. The life lessons of relationships is one I continue to learn on a recurring basis. In 2003, my marriage came to an end, but in many ways, I learned how to live again. The challenges of divorce renewed my faith as I learned how to cope with loss and change. This period in my life gave me motivation to get into shape physically, possibly in the best shape of my life. It forced me to become independent in the area of day-to-day living, finances, and home ownership, but I also had to learn how to depend on God, family, friends, and colleagues to set my priorities and get through the loneliness of becoming single again.

There is a line in a Carbon Leaf song that goes:

I hope the sentiment of the last line is true for me and for the members of my family. The challenges of change are always painful for the children of divorce, but the parents can minimize the damage by remaining respectful, supportive of each other, and cognizant of the needs of the children in the separation process. I am proud to say that my kids' mom and I have learned how to co-parent through communication, compromise, and mutual respect. Even though it wasn't enough to save my marriage, forgiveness plays an important role in a successful post-marriage family life. We also have established a routine that involves joint custody both physically and legally. Summers are the time for me to become the custodial parent, and I try to provide activities and structure for my children that help build a positive relationships and teach about the world while getting physically active. 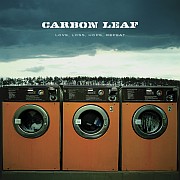 I am still searching for that special person with whom I can share my life's experiences. My ex-wife has found someone, and while she enters a new phase in her life, I will learn how to become the father of children of a blended family. Being single in today's world of Internet dating as an adult in one's mid-to-late 40s sometimes feels like the Carbon Leaf CD title: "Love, Loss, Hope, Repeat." But each time I meet someone, I feel as though I have made a new friend, and I learn quite a bit about myself, so there is only hope to be gained through that process. One day, I will meet a special person again, though I can't say getting married again is a certainty. I will leave all that up to God because He is the author of life and the source of all love. Maybe that will be the next time I write about "my miracle."

You can find me on Facebook. Feel free to send me a friend request. Sorry current students -- no friend requests until after you've had Mr. Cassutto and passed the class. After that, I'll think about it!

I have been a "trekker" since my college days in the late '70s and early '80s. Favorite episodes: "Patterns of Force" (from TOS) and "Darmok" (from TNG). Star Trek is also a great interdisciplinary teaching tool in that it incorporates literature, politics, history, and many sciences.

I first heard Aqualung when I was 11 years old in 1971. The Elizabethan sounds, the English-folk themes, and the cynical anti-establishment lyrics have brought me to Tull concerts over 10 times (I have lost count). May Ian Anderson live forever!

Here are two shots of the July 26, 2006 Wolf Trap appearance of Ian Anderson of Jethro Tull, who played Tull with orchestral music. These shots were taken from the 10th row. There were rumors Ian was meeting fans after the show. Anyone know how to score a backstage pass? 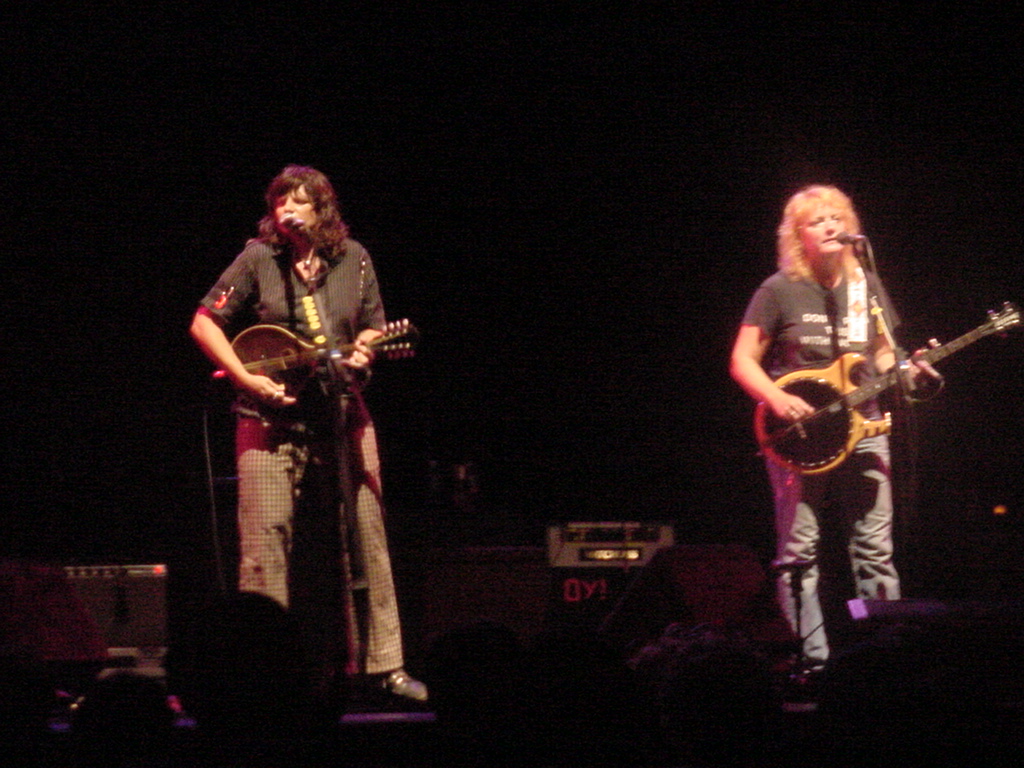 Their thoughtful lyrics, incredible harmonies, and intricate guitar sounds cannot be beat.  Their music is an important part of the soundtrack of my life. If you listen to them with me, just be ready for me to sing.

I took the picture at right when seeing the Girls at the Wolf Trap in Vienna, Virginia on July 19, 2006. I was able to trade up my tickets to the 7th row.

RUSH has been putting out masterful driving rock since 1974. The intellectual lyrics of drummer Neil Peart make the band's music an excellent way to reach the inner workings of young people, even those who are not familiar with the band's work. Here are just a few examples of songs that can be used in the classroom for starting points or as wrap-up activities.

My most recent musical obsession has been with the Celtic-rock band Carbonleaf out of Richmond Virginia. They were considered the "best unsigned band" during the late 1990s, but now have released their most recent CD, "Nothing Rhymes With Woman", on the Vanguard label. I try to see them at venues like the 9:30 Club and Recher Theater whenever possible. News flash: Carbon Leaf will be at the Ramshead Club in Baltimore on June 25, 2010. See you there. Be sure to visit http://www.carbonleaf.com where you can here the CD in your web browser. Here are some pics you can download (all images © George Cassutto).  Click on them to enlarge to 1280 x 960 or thereabouts.


Other artists I enjoy include: (Click at your own risk. Not responsible for content on these pages or if links have expired).

and many others! Celtic music is also one of the many types of music I enjoy. Riverdance is a wonderful show.

I like to live a drama-free life, unless it's on-stage drama. I had the pleasure of directing "Fiddler on the Roof" for my school's spring musical production during the 2010-2011 school year. The show was a wonderful success, not so much from my efforts, but due to the hard work of wonderful parents and a very talented cast. My own three children are active in their schools' drama programs, and they participate in summer community drama programs. All of us enjoy seeing great shows like "American Idiot," which we saw on Broadway earlier in 2011. When finances allow, we try to catch some of the best shows as they come to town such as Les Miserables and others.

I hope you enjoyed your visit to my web page. Please take the time to let me know what you think of the site or its contents. Feel free to use any of the two e-mail addresses below.

Thanks for taking a look!